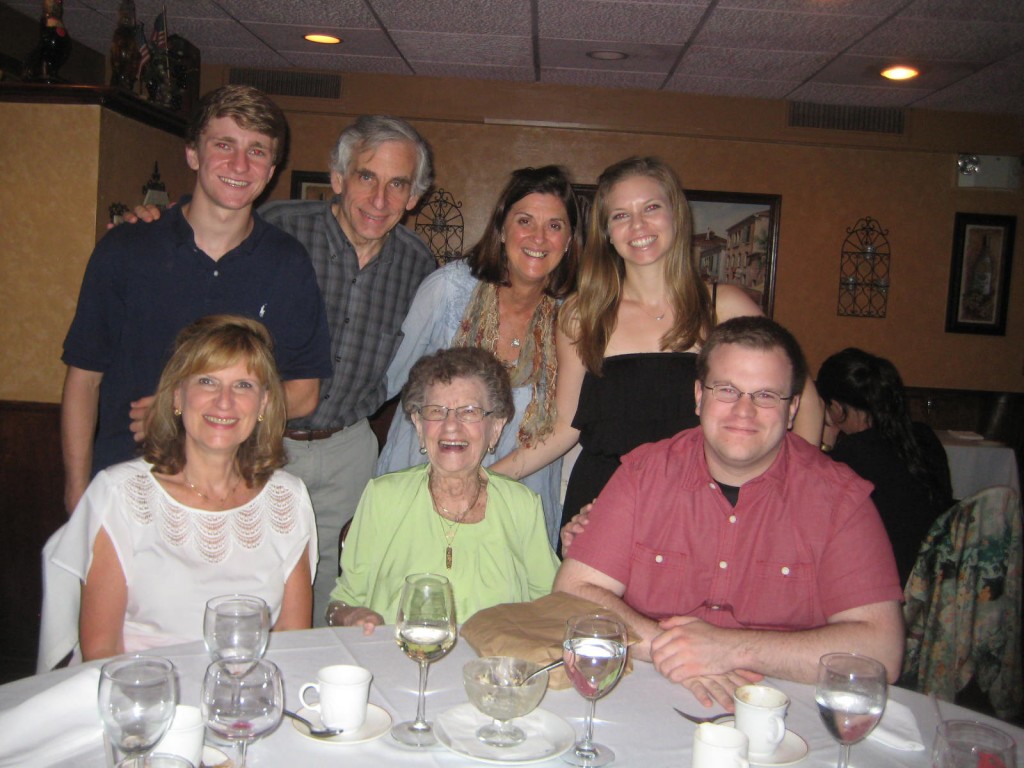 Were it not for the lure of the Catskill Mountains and their luxurious resorts, Jack and Arline Greenberg may not have met. Jack landed at Grossinger’s Hotel in Ferndale, New York in the late 1930’s where he worked as a bell hop. He left Grossinger’s in 1941 when he joined the armed services, and returned after he was discharged from the army.  Arline moved to Ferndale to work in the Grossinger’s Hotel dining room as a waitress in the late ‘40’s. It was at Grossinger’s that Jack and Arline met and married on March 25, 1951 in the home of Manny and Teddy Seiken on Buckley Street in Liberty.

Jack was one of seven children born to Eastern Europe immigrants, Rose and Sam Greenberg, on August 9, 1919 in Passaic, New Jersey. As a youngster, he sold fruit from a cart with his older brother. The depression years were hard for the Greenberg family and all of the children, except for Jack, stopped attending school to work full-time to help support the family. Jack’s family urged and encouraged him to stay in school because he was an excellent student. He was very proud to have earned a high school degree.

Like many of his contemporaries, he joined the army and entered service on July 21, 1941. He participated in battles and campaigns in Ardennes, Central Europe, Normandy, Northern France, and the Rhineland. He received the following decorations and citations: American Defense Service Medal, European African Middle Eastern Service Medal, and the Good Conduct Medal. He was honorably discharged in 1945.

After the war, Jack returned to Grossinger’s and was promoted to the position of Service Manager. Jack also worked at Kutcher’s Hotel in the same positon until his retirement in 1988.

Arline was also from a large family. She was the second of six children born to Lillian and George Leighton Cannon in the Fordham neighborhood of the Bronx in New York City on August 9, 1923.  Arline’s ancestors settled in America in the 1600’s.  She was proud to be a 9th generation American. The depression also affected Arline’s family quite harshly, causing them to move to upstate New York. They lived with Arline’s maternal Grandmother in a stately home in Otisville.

During her early years in Otisville, Arline took dance lessons and excelled at tap and jazz. She performed at various venues for many years.  She also performed as a majorette with marching bands throughout the tri-state area. When the United States entered World War II, many industries relied on women to take on positions formally held by men. Arline worked at an airplane factory where she assembled airplane engines until the war ended in 1945. After the war, she moved briefly to Florida and then to Ferndale to work as a waitress at Grossinger’s.

Arline was an avid reader who always had a book with her, and she highly valued education.  When the community college system was developed in the 1960’s, she recognized the unique opportunity it offered. She was a member of the first graduating class at Sullivan County Community College where she earned an Associate of Science degree in Mental Health Assisting in 1969, graduating with high honors. Shortly after earning her degree, she accepted a position at the Middletown Psychiatric Hospital in Middletown, NY, as a psychiatric social worker. Arline retired after twenty years in 1989 to care for her husband who had suffered a stroke after open heart surgery.

After their marriage, Jack and Arline settled into an apartment on Lincoln Place. Arline stopped working to become a full-time mother when their first child, Nancy, was born in 1952. A second child, Ronald, was born in 1955. They soon outgrew their Lincoln Place apartment and purchased their forever home at 15 Dixon Avenue in 1962.

Jack and Arline enjoyed 57 wonderful years together. They cherished the beauty and serenity of their community, and they celebrated their children’s accomplishments. They were thrilled to become
grandparents and doted on their four grandchildren.  A visit to Gram’s and Gramp’s always included a bag full of toys!

Arline lost her beloved husband on May 28, 2008. She survived him for six years and passed away on May 25, 2014. They rest side by side at King Solomon Cemetery in Clifton, New Jersey.

The notion of donating their family home for the purpose of becoming a transitional home for veterans did not surface until after they had both passed. Their children and grandchildren, wholeheartedly agree they would be honored to know their home will provide shelter and services to those who have served our country so well.